How and Why Countries are Changing to Reach Universal Access in Rural Sanitation by 2030 | SOURCE: Eddy Perez, The Water Blog, July 2014.

In this article Eddy Perez discusses how many countries have started working to achieve the goal of universal access to improved sanitation by taking steps to make the transformational changes needed to stop doing “business as usual” in their sanitation programs. 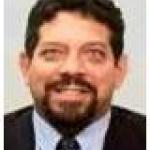 He provides several examples of what countries are doing to achieve this. One method is that governments are establishing a shared vision and strategy for rural sanitation among key government and development partner stakeholders by building on evidence from at-scale pilots that serve as policy learning laboratories.

Governments are  also partnering with the private sector to increase the availability of sanitation products and services that respond to consumer preferences and their willingness and ability to pay for them and are also working to improve the adequacy of arrangements for financing the programmatic costs.

He then writes about specific sanitation progress in Indonesia, Kenya and Tanzania. In Tanzania, one of the key interventions through which the government of Tanzania is expected to achieve its sanitation vision and targets is the National Sanitation Campaign (NSC).  The Ministry of Health and Social Welfare coordinates the implementation of the National Sanitation Campaign with funding from the Water Sector Development Program.  There have also been efforts to further strengthen and sustain the NSC structure by establishing linkages to other sectors experts and also getting the Ministry of Health to dedicate a budget line for community sanitation. The Water Basket is the main financing mechanism for community sanitation and hygiene in Tanzania. In the Water Basket, there is a clear budget line for sanitation.

Like Loading...
This entry was posted in Africa, East Asia & Pacific, Progress on Sanitation and tagged Indonesia, Kenya, Tanzania. Bookmark the permalink.