Even though the water we’ve used for washing our hands is barely contaminated, it usually disappears down the drain, never to be used again. A newly developed system allows handwashing water to be recycled, thus not only saving water, but also helping to prevent infectious diseases in developing countries. 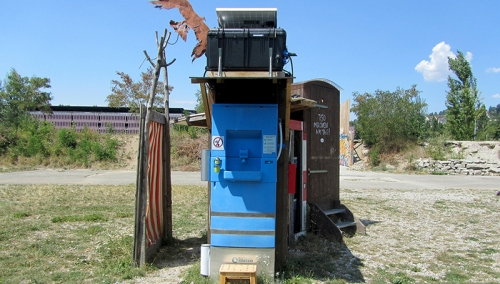 Every year, according to WHO figures, around four million people die as a result of diarrhoeal diseases or respiratory infections. Particularly in developing countries, these deaths are largely attributable to poor hygiene – the problem would be significantly alleviated by regular handwashing.

But how can this be achieved in places where people lack access to safe water, or piped water is unavailable? This issue is being addressed by a group of environmental engineers led by ETH Professor Eberhard Morgenroth (Head of Process Engineering at Eawag), carrying out research as part of the Blue Diversion AUTARKY project.

They have now developed a grid-free treatment system allowing greywater – relatively clean wastewater from showering, bathing or handwashing – to be repeatedly recycled.

As Morgenroth points out, while commercial systems are already available which enable greywater to be treated on-site for use in toilet flushing, the recycled water does not meet the required quality standards to be used for other purposes.

Have you come across large piles of garbage in neighborhoods and streets, or smelly waste disposal sites polluting the environment of low and middle income countries? Are you also convinced that improvements are necessary and do you want to know what kind of sustainable solutions are appropriate to better manage waste and enhance recycling and recovery?

This course provides an overview of the municipal solid waste management situation in developing countries covering key elements of the waste management system, with its technical, environmental, social, financial and institutional aspects. Besides understanding the challenges you will learn about appropriate and already applied solutions through selected case studies.

The course also covers strategic planning and policy issues discussing future visions for waste management and the aspect of a circular and green economy. Considering the importance of the organic waste fraction, the course covers several organic waste treatment technology options such as composting, anaerobic digestion, and some other innovative approaches.

We would like to announce our next practice-oriented Eawag course on the topic of “Systematic Behaviour Change in Development Projects”. The applied course will take place on March 5 – 6, 2015, at Eawag Dübendorf.

A live presentation of Dr. Kamal Kar about the CLTS<cltsfoundation.org/> approach and a Q&A session will be an integrated part of the course.

Participating in the course via internet using a video connection is available. For registration please click www.eawag.ch/lehre/peak/kurse/index_EN 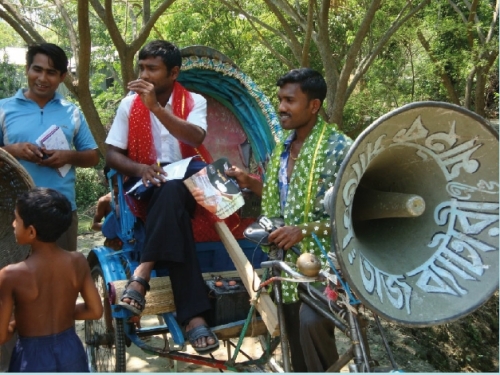 Mosler begins his first presentation with examples of failed sanitation and water projects. What they have in common is that they focus on hardware and neglect behaviour change. In one striking study, the construction of new school latrines actually increased health risks among girls because hygiene behaviour did not improve [2].

END_OF_DOCUMENT_TOKEN_TO_BE_REPLACED

In response to the devastating Earthquake of January 12th 2010 and the cholera outbreak of October of that same year Oxfam Great Britain, Oxfam Quebec and Intermón Oxfam conducted public health promotion and cholera response in Haiti. Different promotion activities were applied which aimed at changing hygiene behavior by changing perceptions and beliefs about healthy behaviors amongst people affected by crisis.

In February 2011 four Oxfam affiliates in Haiti in partnership with a team of behavior change researchers from Eawag launched the present research project to do an in-depth evaluation of the promotional activities that had been conducted with the goal of further improving the WASH situation for people in Haiti and worldwide by understanding how to make hygiene promotion more effective. The main focus of the research project was around the question which specific promotion activities were strongly associated with perceptions and beliefs about handwashing with soap and were thus capable of changing handwashing behavior at key times.

South Africa: in Durban it pays to pee

A new initiative in South Africa is testing practical, community-scale ways to use urine as a fertiliser. The initiative is part of new project funded by the Gates Foundation.

After installing about 90 000 urine-diversion toilets in home gardens, the port city of Durban now wants to install 20-litre (quart) containers on 500 of the toilets to capture urine, which can be turned into fertiliser.

Although a news item about the initiative claimed that the municipality would be paying households about around R30 (US$ 4.40) for a week’s supply of urine, the project coordinator Bastian Etter from Eawag, says that this is “an invention of a journalist of Agence France Presse (AFP) and not the strategy of the eThekwini Municipality”. “Neither the eThekwini Municipality nor our research team has set up a compensation scheme for collected urine”, Mr. Etter said in an e-mail.

END_OF_DOCUMENT_TOKEN_TO_BE_REPLACED

On Monday 17th of May 2010 the “Urine Bank” in Siddhipur, Nepal was inaugurated. The urine bank, which is a spin-off from the STruvite recovery from Urine in Nepal (STUN), is a pilot project aimed at increasing the re-use of nutrients from human urine. Source-separated urine is collected from households which don’t have a use for it and is sold for 1 Nepalese Rupee per litre to farmers who use it to fertilise their crops.

In Siddhipur about 100 Ecosan toilets have been installed by various NGOs; most of these are of a type that allows for separation of urine from faecal matter. Therefore approximately 35000 litres of urine are available for use as plant fertiliser annually. Various studies found however that a large percentage of the source-separated urine was never used, but leached into the ground instead. For this there were various reasons, the most important of which is that a lot of people don’t have fields close to their house, so they cannot very easily use the urine. In a bid to increase the re-use of nutrients the STUN project was set up in a collaboration between UN-HABITAT and EAWAG from Switzerland (www.eawag.ch/stun). The aim of the project is to precipitate Struvite (a phosphorus fertiliser) from the urine and then either use the effluent in drip irrigation or treat it so that it can be leached without causing ground or surface water pollution. 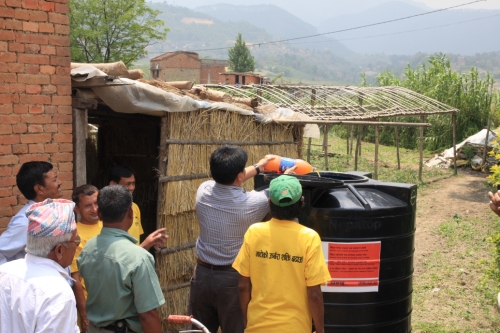 The project found that though the precipitation process is simple and robust it could not be operated profitably if the urine has to be collected from many households. The main reason is that the process needs a magnesium source for the precipitation to happen, but currently there is no market for magnesium in Nepal and thus the price of the magnesium is too high locally. Further experiments with Struvite precipitation will be done at a school in Kathmandu where large amounts of urine are available in one spot.

During the project an increasing number of farmers in Siddhipur have started using urine as a fertiliser, because it yields good growth results while the crops require noticeably less chemical pesticides. As a result there is enough demand in the village for the urine and all of it will be used as long as it can be bought from a central point. In order to facilitate this a central collection tank has been installed, and a user committee has been established. For the collection the user committee employs one person equipped with a bicycle, and this collector is paid 50% of the revenue from the sales of the fertiliser. The remaining half is used to set up a maintenance fund. 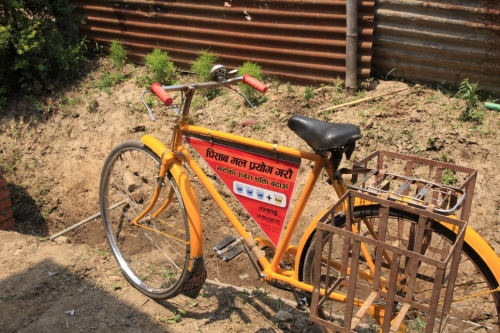 As a result of the work of number of enthusiastic pioneering farmers and the effort of various NGOs, Siddhipur now sets an example of how to increase farm productivity and combat environmental degradation through a new view on human “waste”. 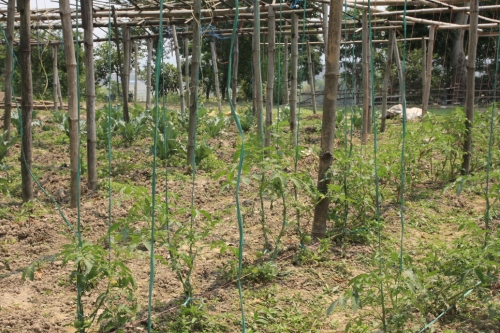 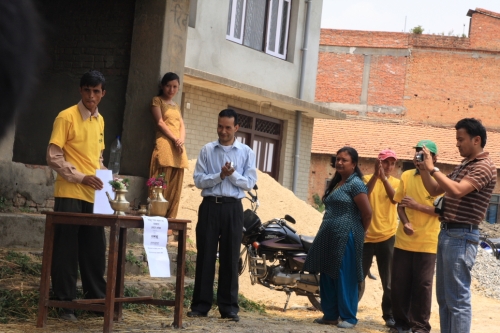