Getting it right : improving maternal health through water, sanitation & hygiene 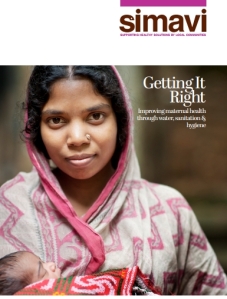 “Some very basic elements of human development related to water, sanitation and hygiene that were accepted in the 19th and early 20th  centuries are still unavailable to a large proportion of pregnant women in the 21st century”, write the authors of a new Simavi study [1].

Each year 290,000 women die from complications during pregnancy, birth and the neonatal period; and, an estimated 10 to 20 million women suffer from related health complications. Almost 90% of the maternal deaths occur in Sub-Saharan Africa and South Asia. Much of this is preventable through practices that have long been established.

The Simavi study reviews published literature describing the impact of water, sanitation and hygiene on maternal health and mortality.