Using cellphone data to study the spread of cholera

While cholera has hardly changed over the past centuries, the tools used to study it have not ceased to evolve. Using mobile phone records of 150,000 users, an EPFL-led study has shown to what extent human mobility patterns contributed to the spread of a cholera epidemic in Senegal in 2005. 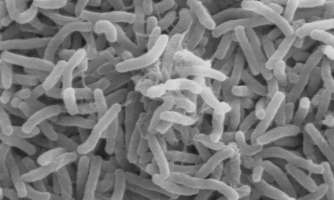 The researchers’ findings, published in the Proceedings of the National Academy of Sciences, highlight the critical role a mass gathering of millions of pilgrims played in spreading of the disease, and how measures to improve sanitation at transmission hotspots could decrease the progression of future outbreaks.

“There is a lot of hype around using big data from mobile phones to study epidemiology,” says senior author Enrico Bertuzzo, from the Ecohydrology Laboratory at the Ecole polytechnique fédérale de Lausanne. This is largely due to the fact that mobile phone data can be used to reconstruct, with unprecedented detail, mobility fluxes of an entire population. “But I dare say that this is the first time that such data are exploited to their full potential in an epidemiological model.”

Cholera is an infectious disease that occurs primarily in developing countries with poor sanitation infrastructure. It spreads primarily via water that has been contaminated with the bacterium Vibrio cholerae, present in the feces of infected people. Human mobility and waterways both contribute to spreading the disease among human communities, whereas heavy precipitation events increase the chances of the bacteria to contaminate drinking water sources. Researchers at EPFL have developed a mathematical simulation model that accounts for these factors, which they tested on past outbreaks such as the one in Haiti in 2010.

Like Loading...
This entry was posted in Sanitation and Health and tagged cholera, mobile phones. Bookmark the permalink.